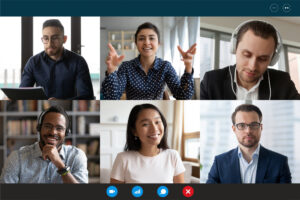 This is how we celebrate the performances in 2020 …

Over the past few years, recruiting law students for Summer Fellowship programs has been incredibly successful, going back to a time when law students quickly accepted offers made by Biglaw companies like candy. However, the 2020 recruitment cycle was a little different in that law firms and law students were dealing with a deadly virus threatening to completely destroy the typical summer fellowship experience – and it somehow did. Some programs were canceled completely, others were pushed into virtual space, but they all have the same thing in common: The show rates were plentiful, and like the vaccine, they offered hope for the future.

According to the most recent employment figures from the National Law Placement Association (NALP), the show rates from Biglaw’s summer programs have been totally shy of the historic highs of the past year. Despite all the challenges posed by the coronavirus crisis, the overall offer rate of Biglaw’s summer 2020 programs (including those held and those canceled) was not limited to nearly 97 percent, just below the historic high of last year. It is almost 98%, but the acceptance rate for these offers has reached an historic high of 87.8%. What’s even more exciting is that this historic acceptance rate is Significantly Higher than acceptance rates measured before the recession, which tended to hover between 73 to 77 percent.

Here is what James Leybold, CEO of NALP, said:

The high-level takeaway is: Intolerant of this summer’s hard time putting together these virtual summer shows at the last minute – the results have been pretty strong. … offer and acceptance rates have remained at historically high levels. The size of the summer semester has decreased, but those decisions were made before the pandemic, and that was part of the three or four years of decline we’ve seen over time as companies cut back their summer seasons. There was no disruption in 2009 when no one got offers, and all of these students had to graduate without jobs.

Here are some interesting facts about the unprecedented summer programs for 2020:

Congratulations to all of the law students who passed the entry-level recruitment course in 2020, as things seem to have gone great for them, no matter how much the pandemic tries to derail their plans. Let’s be thankful that a new generation of helpers has not lost thanks to COVID.

Staci Zaritsky She is a Senior Editor at Above the Law, with whom she has worked since 2011. She’d like to hear from you, so feel free to E-mail Any advice, questions, comments or criticisms of her. You can follow them Twitter Or contact her Linkedin.