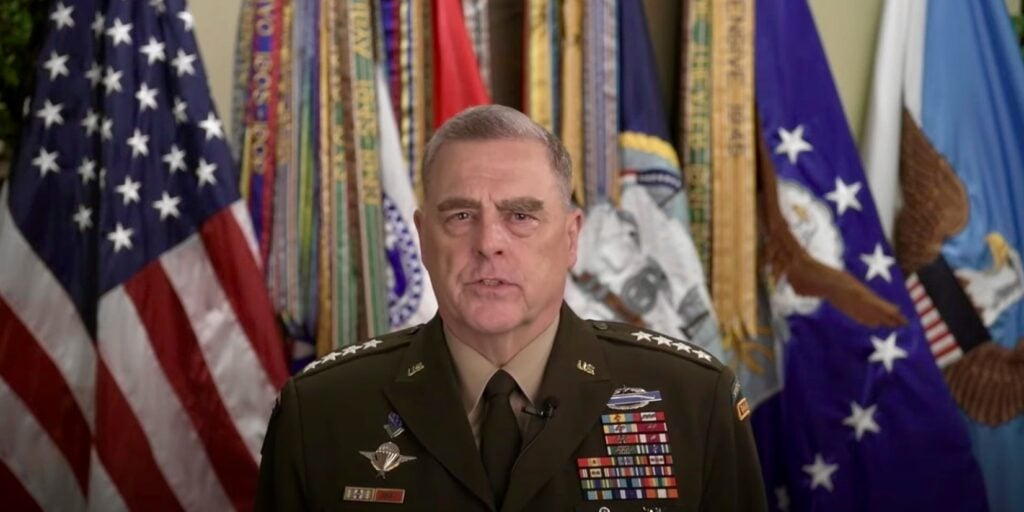 General Mark Milley, chairman of the Joint Chiefs of Staff, in a pre-recorded speech admitting he made a “mistake” in appearing with President Trump during George Floyd’s protests outside the White House.

Describing the rioting insurgency as “a direct attack on the US Congress, the Capitol and our constitution process,” the president said, General Mark MilleyDeputy Chairman of the Board General John Heatin The other six members of the Joint Chiefs of Staff signed a memorandum to the joint force stating:

They also indicated that the US military remains fully committed to “protecting and defending the United States Constitution against all enemies, foreign and domestic.” I don’t think we need to elaborate on their inclusion of the word “home.”

The uniformed commanders say they “have witnessed acts inside the Capitol building that are inconsistent with the rule of law. The rights to free speech and assembly do not give anyone the right to seek asylum.” Violence, discord and rebellion (Confirmations added). “

In a clear reference intended to reassure faith in our democracy but also to reaffirm that the military has absolutely no role to play in any action against the federal government – “keep focused on the mission,” the memo says.

Lest anyone in the services have any doubts, they assert that “President-elect Biden will be inaugurated and he will become our 46th Supreme Commander.”

“To our men and women scattered around the house, to protect our country – stay ready, keep your eyes on the horizon, and stay focused on the mission. We honor your continued service in the defense of every American.”