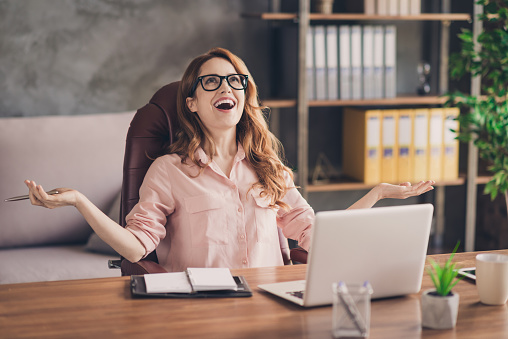 At least fifteen years ago (maybe more) my husband bought a Garmin GPS Navigation System for our car. Although I sincerely hit my destination in our new game, I found myself a pervert every time Mapquest printed instructions clashed or my instinct and sent me another path. As the end result of trying to integrate Garmin and my own way of doing things, I ended up feeling more confused and lost than not having GPS.

When I complained to my tech-savvy husband, I will never forget his advice:Just give yourself to the GPS“He insisted.”Even if the instructions seem crazy or inaccurate, or even if they take you a few miles out of your way, they will always get you where you want to go and you won’t have to think about it.So she responded to my husband’s advice. Sometimes GPS takes me to A beautiful way that I would have missed otherwise. Other times, like a trip to the beach, he and I lead my daughters on a fun road and detour through deserted farmland in Delaware, adding an exhausting two hours to an already long journey.

But overall, as it turns out, my husband’s advice was correct. GPS accuracy has been improved, and now Apple and Google Maps, allowing us to avoid traffic jams and quickly find gas and fast food stations on long trips. In short, navigation systems have become so reliable that these days directions are less common to think about; Another important part of our plate that does not require an ounce of mental energy.

This is the value of systems in a law firm as well. Whether automated or just jotted down on a sheet of yellow legal paper pinned to your wall, following a system can eliminate another task on your to-do list.

But there is more to it. Because when you give yourself up to a system as my husband suggested a long time ago, you also free yourself from the mental energy that comes with making decisions. This is a great example that comes from President Obama himself in his memoirs, Promised Land. In one of the chapters, Obama shared that during his presidency, he had no problem making a decision and never guessed his decisions. Sure, there is a healthy amount of arrogance in Obama’s admission but also common sense. Obama made it clear that for every difficult decision, he had a process. Instead of dealing with his intuition (in this case, the decision would suffer from self-bias), he would summon his experts to review the positives and negatives and offer everyone at the table a turn to speak up. Next, Obama will weigh each side, make a decision and direct his team to implement it. Although many of the decisions Obama faced were difficult, he could always sleep at night, confident that the result was correct because the process that resulted from it was so effective. In other words, Obama has been able to distance himself from the emotional turmoil that can come from focusing on production by focusing on what he can control: the process.

How does this appear in your law practice? Let’s take the example of setting a price. Often times when attorneys tell a potential client how much the service will cost, the client may try to negotiate a discount – either standing up for poverty or offering to send referrals your way if you show a little kindness. Often the attorneys get caught up in negotiations and end up either offering a discounted rate or alternatively, refusing to work but feeling guilty for not being able to help someone in need. So what if you think of your price as a system or policy – one that was developed with a lot of thinking and research. Instead of trying to bypass your system and muddy the waters, as you did with the GPS, just give yourself to him and say firmly, “We set our prices with a lot of reflection on the nature of our services and our market, and we do that don’t deviate from the said rates.” As with Obama relying on a process to justify and distancing himself from the outcome, here, by focusing on good pricing policy all the time rather than the outcome (i.e. not accepting the client), attorneys can mitigate some of the guilt that can come from banishing the client.

When we talk about systems, we are focusing on saving time and the system created. But we rarely mention the mental energy savings and the complications and stress that arise from avoiding having to make another decision. But these benefits don’t accrue unless you surrender to the system.