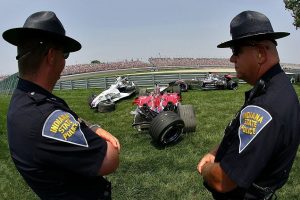 * The New York attorney general claims that the NRA bankruptcy case must be dismissed. [ABC News]

* A Texas lawyer known as “DUI Guy” has been sentenced to long prison terms on federal charges. [Dallas Morning News]

* Los Angeles County has denied any wrongdoing in a lawsuit brought by Vanessa Bryant over photos of a helicopter crash that killed Kobe Bryant. [USA Today]

* Disney and Marvel face a lawsuit alleging they stole designs for Iron Man and Ant-Man. [WDWNT]