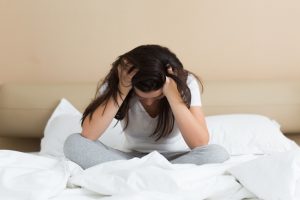 Earlier this week, we told you about the mental health issues that Columbia Law School law students are experiencing, and how the law school administration was making it worse. That story had a positive outcome, as the forces in the law school changed course and made structural adjustments to help ease the stress on students. But, as we said at the time, Above the Law was sure CLS wasn’t the only school experiencing this problem. It turns out that University of Michigan Law School students are angry with their administration due to a lack of support for mental health issues during the pandemic.

Let’s start with the basic information: In a student survey, 89 percent of student respondents agreed with the statement, “I am concerned about my mental health.” In addition, 90 percent of them pointed the finger at the law school by agreeing that “the law school has not done enough to support students this semester.” Yikes.

at Opinion article For student newspaper The Michigan Daily, Jesse Mitchell described the fall 2020 semester as “absolutely hellish” for many law students, saying that the structural decisions made by the administration exacerbated the challenges of law students.

In addition to eliminating Fall Break, Law School also added weekend classes for the fall semester. Unlike the rest of the university, which held online classes after the Thanksgiving break, the law school ramped up its schedule by holding its last semester the Wednesday before Thanksgiving.

The reason Law School put the compact table, in a roundabout fashion, thanks to Biglaw. Since COVID-19 pushed early interviews week for most law schools from fall through January 2021, the shorter schedule has been designed to allow students to have fall degrees on hand before the interview process. Imagine interviewing for the most important job in your life with three full semesters in hand! The mind plays with it. However, Dean Gill Seinfeld notes that the intense schedule was not perfect, but “all things considered, this seems to be the best way to balance the competing needs of our student body.”

Except, was this really the best or the only way to get the desired result?

Third-year law student Julia Adams disagreed, however. She said the school year could have started a week earlier – an approach the University of North Carolina at Chapel Hill and North Carolina have taken. Or, professors could have been asked to grade scores a little faster this year. Adams said that the school should have “placed the burden on the people getting paid”, rather than putting students in a “shredder block.”

And you know, although Biglaw will be included in many student plans after graduation, it’s a far cry from everyone’s A-Plan. But even so, everyone had to submit to Biglaw’s unwavering strength.

Schedule changes were far from popular, and management had reorganized a few things:

After much student advocacy in October 2020, the Law School made some small changes. Students were given the option to change one grade of C or higher in both Fall 2020 and Winter 2021 to “P.” The examination period has also been extended, from December 11 to December 14, with professors encouraged to allow students to take their exams at any time during that period.

[R]Quick suggestions from the school about Yoga and CAPS [Counseling And Psychological Services] I was offended in the face of more structural issues facing the students.

Above the Law team has heard from several mentors echoing the concerns detailed in the Michigan Daily article. Let’s hope things get better in the spring.

Catherine Rubino is Senior Editor, Above the Law, and host of The Jabot Podcast. AtL Tips are the best, so please get in touch. Feel free to email to her With any advice, questions or comments, follow it on Twitter (@Catherine 1).