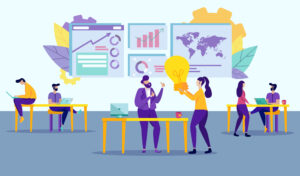 In 1985, Coca-Cola changed the formula of its classic soft drink and released “New Coke”. The product has been very well researched and launch plans meticulously developed, but “New Coke” has become a story-telling example of a high-profile commercial bug.

Why did the company develop a new formula in the first place? For context, The Coca-Cola Company was dealing with a problem. They’ve been losing market share in the beverage industry for years, and blind taste tests prove that even Coke loyalists prefer the taste of Pepsi. So Coca-Cola strived to create a better-tasting product. They continued their efforts using the same type of blind market research until they found the formula “New Coke” that was preferred to Pepsi.

Within three months of launching “New Coke”, Coca-Cola reintroduced the original Coca-Cola as “Coke Classic”. “New Coke” was given a new name (Coke II) and was eventually discontinued. While this slip has been widely criticized, Coca-Cola has been able to recover (which is another topic entirely).

Innovators understand that there are new ways of dealing with problems that need solving. Customer or user input is critical to a successful innovation process, but if used or interpreted incorrectly – as the “New Coke” product launch highlights – it can be an innovative step that is flatter than a can of soda that is left open overnight.

Here are some tips that can help legal professionals understand how to navigate and interpret research to increase the successful outcomes of an innovation.

Interpretation of the research

There are a number of ways to look at why New Coca-Cola has failed. Ultimately, the research was correct, but the interpretation of the research is where the pitfalls occurred. It is true that Coca-Cola built a better product, and its customers agreed, but they hadn’t thought about how customers would respond if the tried-and-true Coca-Cola formula that was loved and revered was taken or altered in exchange for a new offering. It might have gone differently if Coca-Cola introduced “New Coke” as an add-on to the market, while still making the original recipe available to consumers.

The point here is that innovators need to delve deeper into interpreting the research findings. It is also important to fully review the proposed solution with your customers or users. This should include anything that changes or is removed.

Another way to conduct research more effectively is to ensure there is adequate context. There are complete systems like Contextual design Which can be utilized to gain a comprehensive understanding of your users or clients. Some less shared tips and tools could include:

Create characters: Study and define a typical user profile. Think of it like describing a role for a casting call in a movie. You can even give them a name and describe some of their personality traits, what makes them successful in their job, education, or any other factors that may be related. It’s also a good idea to develop more than one character if you are serving users with different traits. For example, you might have customers who prefer to speak on the phone, as opposed to others who prefer to communicate via email or text messages. Studying and understanding the different preferences and needs of users can help determine the user’s needs and perspectives that must be evaluated and taken into account during the innovation process.

Task-based context: For many issues, it is important to know what the user or customer was doing before or immediately after completing the task. For example, let’s say your customer liked a report you provided and wanted to share it with other stakeholders and departments within their organization. The innovator may ask questions such as:

Questions like these can help explain users’ feedback about their workflow which can help define ways in which you can provide more value.

Who is your customer? Understanding stakeholders

Ostensibly, you might think that you might solve a problem for a particular user or customer. Suppose the user is a senior assistant at a law firm who is supported by the company’s knowledge management team. Partner reviews her senior associate’s work. The partner advises an internal consultant, who then assists the business leader in deciding on a significant acquisition. If you can get a better idea of ​​who the user supports and how their role within the larger organization works, it can help improve your understanding of that user’s needs, perhaps even before they know what they need. This understanding can help you determine the importance of your solution and make informed decisions about how to devise that solution to provide better value.

Innovators can benefit by making sure they properly hear and interpret customer or user feedback. By applying these types of research techniques, innovation projects are likely to be more successful.

Finally, if you’re looking for a story about customer research that led to the successful launch of an innovative product, consider this article from Mental Floss about History of Trapper Keeper:

If anyone asked how I developed my passion for innovation, I am the 15-year-old son who showed his school locker to his dad in the article! 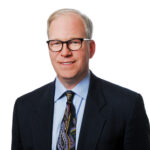 Ken Crutchfield is Vice President and General Manager of Legal Markets at Wolters Kluwer Legal & Regulatory US, a leading provider of information, business intelligence, and regulatory and legal workflow solutions. Ken has more than three decades of experience as a leader in information and software solutions across industries. It can be reached at ken.crutchfield@wolterskluwer.com.