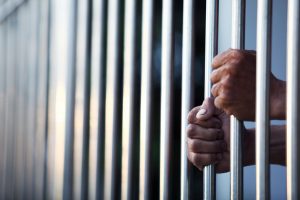 While the COVID-19 virus, economic recession, and protests against police brutality have turned many people’s lives upside down, most lawyers are still doing a good job (at least financially) but how many of them do good?

Quite a few, it turns out. I am glad to say that I know hundreds of lawyers who have volunteered to help vulnerable people escape lonely, painful and totally unnecessary death in prison.

When COVID-19 began spreading in federal prisons in our country, the organization I manage, FAMM, joined the National Association of Criminal Defense Attorneys (NACDL) and the Washington Lawyers Committee for Civil and Civil Affairs (WLC) in an emergency project to get as many sick and elderly people as possible from Harm. We knew there was a viable mechanism called the federal euthanasia program.

For nearly 40 years, the federal government’s euthanasia program gave incarcerated people the opportunity to apply for early release if they could prove they were dying or suffering from a chronic, debilitating disease. Until very recently, the Federal Bureau of Prisons (BOP) controlled euthanasia, and had routinely ignored or denied whoever requested sympathy’s release. The jailers will go to jail and everything.

But in 2018, President Donald Trump signed into law the First Step Act, which included a provision allowing people in federal prisons and their families to challenge a BOP refusal in federal court. The new law also stipulated that prisoners could appear before the court if the Bank of Palestine failed to respond to their request within a reasonable period of time. Thousands of sick and elderly prisoners, many of whom did not need to be in prison any longer and who are now the targets of a deadly disease, finally got a legitimate bullet on early release.

Our organizations were ready to help them. Two problems: We had no money and no staff. We were simply not in a position to represent the thousands of people who needed to file applications in federal court. What we needed were lawyers – check it out, free lawyers – and a lot of them. We started something called the “Compassionate Release Clearinghouse” with the goal of recruiting and training attorneys at no cost to represent federal prisoners and their families, especially in areas where the nation’s staggering federal public defenders have been inundated.

That was in March. Over the past six months, hundreds of attorneys in law firms across the country have responded to the call. They have donated thousands of hours to help federal prisoners at risk and their restless families in an effort to secure the release of their sympathy.

Some companies have stepped up a great time. Sidley Austin volunteered with teams of paralegals to help vet the thousands of requests for assistance that poured in, and dozens of lawyers rose up in the company to represent prisoners. Talented attorneys from other companies, including DLA Piper, Blank Rome, Zuckerman Spaeder, Epstein Becker & Green, Mayer Brown, Jones Day, and Venable, have represented individuals in federal prisons across the country. Many know little or nothing about euthanasia, but have been eager to receive training and start taking cases as quickly as possible.

Their efforts save lives. More than 1,400 vulnerable people have been released from federal prisons this year. (Only 125 won the early release last year.) These releases have also saved taxpayers millions of dollars.

The families expressed their overwhelming gratitude to the free lawyers and federal advocates who saved their parents, spouses, and children from dying alone in the prison cell. The volunteer lawyers said the experience also changed their lives.

Elizabeth Bailey, a fellow at Buckley LLP in Washington, DC, won the release of a man who was in a chronic coma. The court convinced that his continued confinement was of no use, especially during a deadly pandemic. After the verdict, Bailey said, “There was a lot of emotion and relief. When you work on something like that, you end up learning about the most intimate details in a client’s life. You think of them when you’re not working, wondering about their condition and worrying about their family.” Even after the pandemic has passed, she said, her work with the e-clearinghouse “will continue to colorize my practice, and indeed my life.”

It looks a little more satisfying than reviewing the document.

We and our partners are very grateful to all of the attorneys and firms who have come and continue to lend their time and talent to help the families we work with. Their generosity belies all the clichés about lawyers. They didn’t seek any recognition, but they definitely deserved some – and now they have it.

If any attorney or company is interested in volunteering at the Clearinghouse, please contact Mary Price at mprice@famm.org.

Kevin Ring is a former Capitol Hill employee and partner of Biglaw and the Federal Lobby. He is currently president Fammas, A nonprofit, non-partisan advocacy group for criminal justice reform. Back when ATL still had comments, ‘Kevin ring is freeIt was briefly a meme. You can follow him on Twitter @KevinARing.